You are here: Home1 / Twin Otter 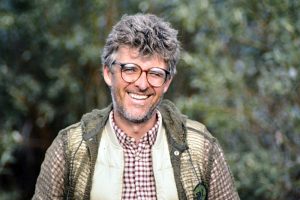 In the ’80s, I joined a small group of gentlemen adventurers who canoed Arctic rivers in the summer. Over the years, they did more than a dozen trips and took me on eight. Some rivers, like the Nahanni, now attract canoeists and whitewater rafters by the hundreds, but even they are so remote as to be almost beyond reach. What makes any of them accessible is an airplane that became the workhorse of the Canadian North, because it can take off and land where others can’t – including, as it happens, on sand and gravel riverbanks.

My freshman river was the Burnside, which runs north through the barren lands in what was still Northwest Territories, from Contwoyto Lake to Bathurst Inlet in the Beaufort Sea. In July 1983, eight of us flew to Yellowknife, where we chartered a La Ronge Aviation Twin Otter to ferry us, our gear, and four canoes to a pre-arranged put-in. The seats on the plane’s starboard side were temporarily removed to make room for our canoes. The flight took two and a half hours, during which I experienced for the first time the western Arctic’s vast beauty, miles and miles of tundra and small lakes, the habitat of caribou, muskox, bears, wolves, foxes, hares, squirrels, countless bird species – and, as I would soon learn, mosquitoes. (In some of my photographs, my companions are wearing hats blackened with the relentless insects.) 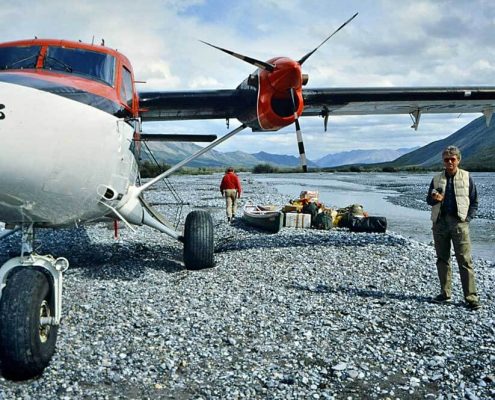 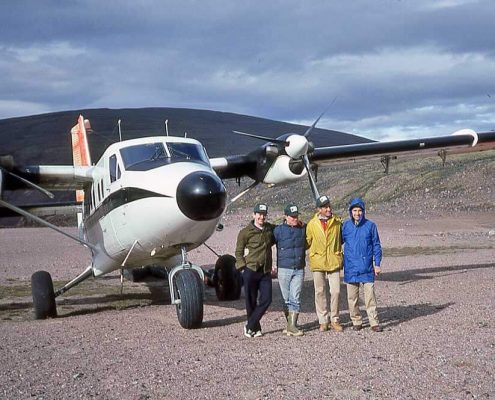 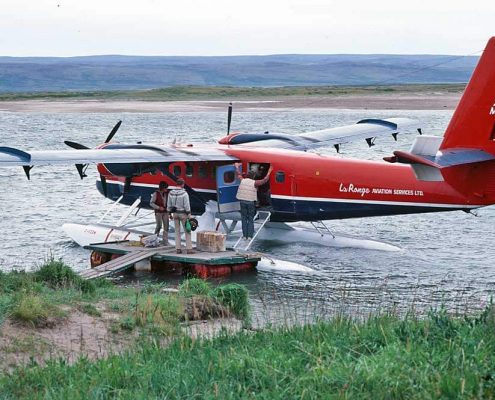 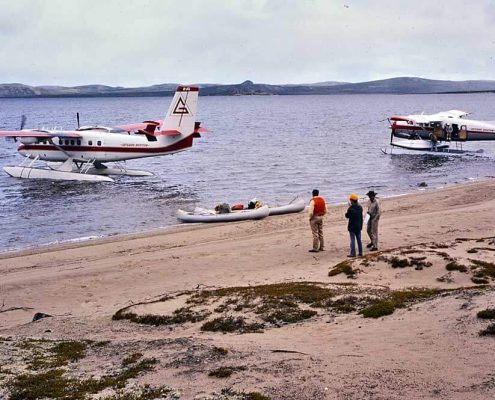 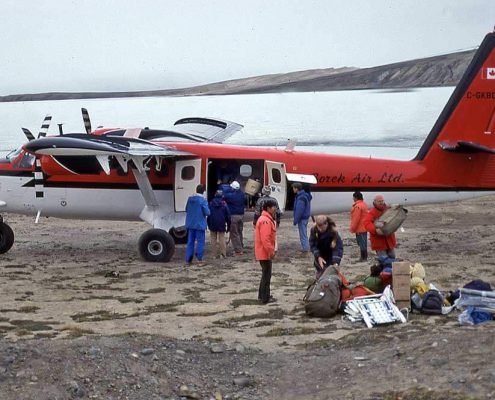 We were on the river for ten days. John Turner had canoed it a few years before he became prime minister, and he kindly loaned us a copy of his notes (maps are unreliable on glacier-fed rivers, where the water levels vary from year to year). There was plenty of whitewater, which I came to enjoy, and a daylong portage at the end of the trip, which I didn’t. I have many memories, but two of the most vivid are of the Twin Otter flying south after depositing us on the river and, days later, reappearing – its engines audible before it was visible – to take us home. When it dropped us off, I felt what a child feels when his parents say goodbye on the first day of school: fearful and alone. On its return, I felt what he feels reconnecting with his family at the end of that first day: triumphant and relieved.

I would fly to other rivers in other Twin Otters, but not until I could no longer physically manage such adventures did I appreciate the plane’s importance. Not only did it open up the North; its commercial success was instrumental in creating Canada’s robust aviation industry, now the fifth largest in the world, ahead of Russia, Japan, Brazil, and China. Borrowing from the Twin Otter, Bombardier pioneered the design and manufacture of STOL (short takeoff and landing) technology and is now the world’s third-largest manufacturer of commercial airplanes, behind Boeing and Airbus. It has always bothered me that the cars Canadians make are all designed elsewhere. Not so our planes. The Twin Otter, as Canadian as a canoe, proves that we are so much more than mere hewers and drawers.