You are here: Home1 / Treasure Hunting 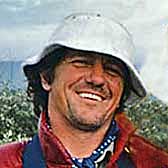 One day we made only two miles and on another only four, so little, in fact, that one evening Stollery, who had forgotten his fishing gear at one campsite, walked back from the next to get it. (He was not as lucky on another occasion when he had stuck $400 US into the crotch of a willow while he was doing his morning ablutions and forgot it there until day’s end and  many miles downstream later. A definite boon for some lucky and unsuspecting treasure hunter.) On the other hand, Godfrey found a Timex watch lying on the shore one day when we stopped for lunch. He shook it and, just like the ads, it started.

After about a week, we arrived at the Gates of the Noatak where the river, now a substantial flow, narrows through a canyon. We set up camp upstream of the canyon on the edge of a large gravelly plain that canted toward the gates. It was an enchanting spot, just inside the tree line. We saw a moose and Kotcheff caught a good-sized Arctic char, our first, which we prepared and ate in the Eskimo fashion, according to Stollery: bring salted water to a boil, throw in two inch cubes or chunks of filleted fish, and as soon as the water is back to the boil, remove and eat – a succulent treat. 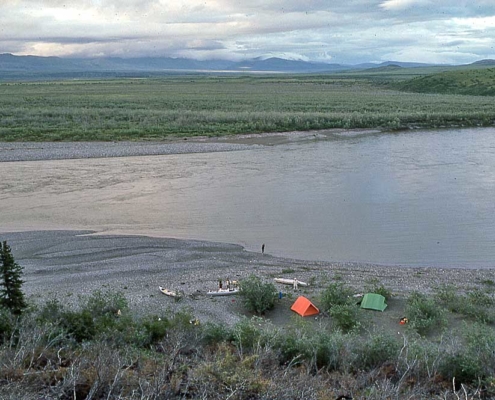 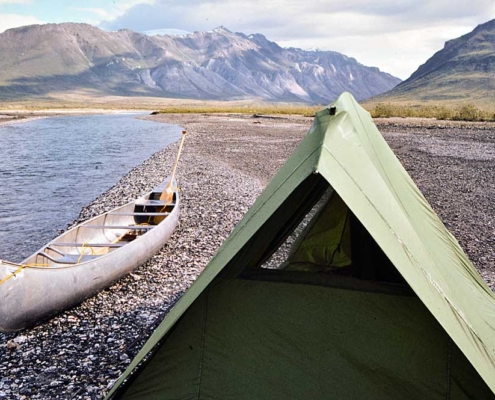 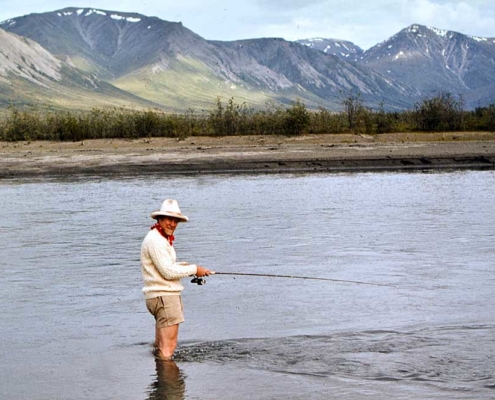 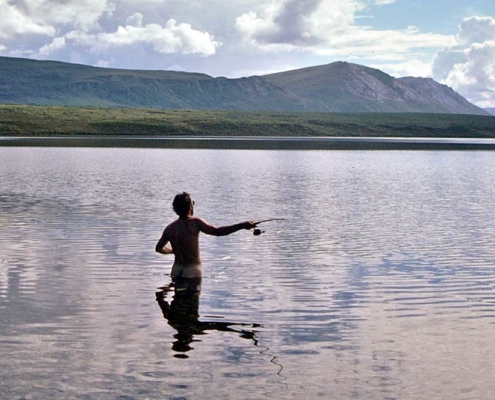 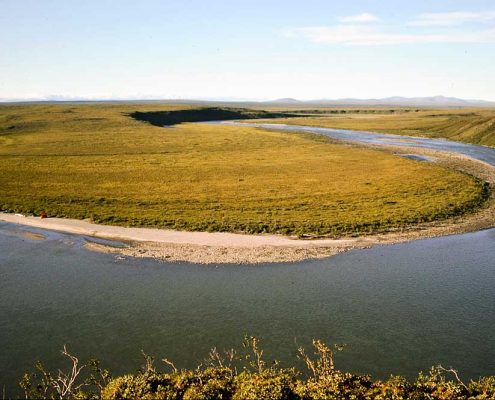 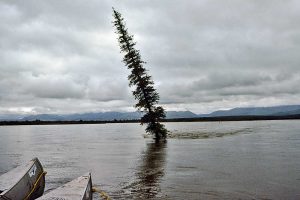 By morning what had been the fireplace was under more than a foot of muddy water and the Noatak was in spate, who knows why. It hadn’t rained on us, but a heavy rainfall somewhere in the watershed was obviously responsible. The banks were awash, flats were flooded, flowers and shrubs were submerged, and trees were occasionally falling in as their roots were undercut, sometimes creating dangerous sweepers, trees anchored on shore but combing the current. To a canoe they are public enemy number one, for they suck paddlers under and the current keeps them there against the submerged branches. Strong and experienced canoeists have drowned in sweepers, and we didn’t want to add to the statistics. At one point we caught up to a huge spruce, about a sixty footer, floating downstream almost upright.