You are here: Home1 / In Memoriam 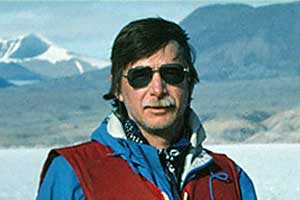 Ross Howard was part of the canoe team that explored the Ruggles River on Ellesmere Island in 1992. He was a keen outdoorsman and loved kayaking, canoeing and skiing.

Ross was much admired by his canoe companions on the Ruggles – one of the more difficult expeditions ever undertaken. He had a keen sense of humour and he certainly pulled his weight moving the canoes and equipment over difficult terrain. He captured some if his observations about the trip in a story published on this website (Paddling in the High Arctic).

He served for more than 25 years as a reporter for the Toronto Telegram, The Toronto Star, and the Globe and Mail. At the Globe, Ross worked as a national reporter out of Toronto, in the paper’s Parliamentary bureau in Ottawa and ultimately in the Vancouver bureau. Later in Vancouver, Ross launched a new phase in his career as a much respected journalism instructor at Langara College,

Ross Howard died at the age of 70 in Vancouver on 8 June 2017 after a long battle with Multiple Myeloma. 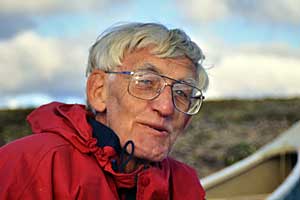 George Falconer was a marvellous canoeing companion, admired not only for his intellect but because he always pulled more than his weight on difficult portages. He was 66 when we tackled the Rowley and 70 when he joined us on the Back River in 1998. Few would have ventured at his age to take on these two challenging rivers but his over abiding passion for the Canadian north outweighed any concern for his personal safety.

He was a self-effacing and articulate individual who was a joy to be with around a campfire.

George was diagnosed with cancer in the late fall of 2015 and was given only a short time to live. Just before he died, and in response to supporting messages from the canoe team, he wrote:

“It has been very heartening indeed to get messages from Rowley and Back paddlers; people whose fellowship, good cheer, intelligence, understanding, humour, humanity and above all spirit of adventure I have been lucky to enjoy and who to me represent the amazing and beautiful Canada I personally discovered so many years ago.”

(George Falconer was a specialist in the Surveys and Mapping branch of the Department of Energy, Mines and Resources. In 1980 George was responsible for the publication of the Canada Gazetteer Atlas, which was acclaimed as the most comprehensive geographic reference book Canada has ever produced.) 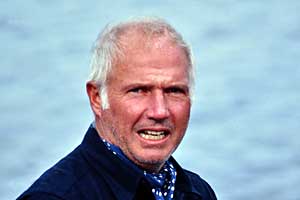 Bob Duemling was about to leave his diplomatic posting in the American Embassy in Ottawa in the summer of 1980 when Craig Oliver asked him to join the canoe team for a trip down the Hood River in Nunavut.

He admitted that he had not been in a canoe “since summer camp in 1942”. So it was with some trepidation that he accepted the invitation. Was he up to the task of canoeing the formidable Hood?

To help answer that question he was taken on an overnight trip to the Petawawa River for a dry run which included some difficult rapids. Happily, he passed the test. But as a precaution, he was assigned as bow man for the best canoeist in our group – John Gow.

Bob was a great companion and fit in perfectly with the other team members. He often entertained the group with some fascinating stories about his experiences as a diplomat. He began the trip as an amateur but at the end, he could rightly count himself as a seasoned Arctic canoeist. He wrote about this whitewater adventure on the Hood and the story that can be found on this website. (On the Hood River)

(In 1957, Bob entered the U.S. Foreign Service. Following posts in Malaysia, Japan, Italy, and Canada, he served as U.S. Ambassador to Suriname from 1982 to 1984. Bob retired from the Foreign Service in 1987 to accept the position of President and Director of the National Building Museum in Washington, D.C., a post he held for six and one-half years.) 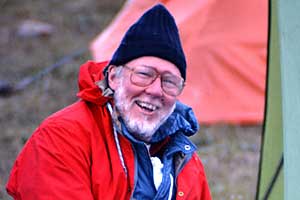 Denis’ first canoe trip was on the Coppermine in 1981. In 1985 he joined us for a memorable trip down the Thomsen River on Banks Island, in the Northwest Territories. He was a superb paddling companion. A long-time newsman, he never ran short of stories about politics, journalism, and world events.

He was an avid fisherman. Just as we began canoeing the Thomsen near our put in point, Denis caught a record size lake trout which made for a delicious meal. He served as a sous-chef and demonstrated exceptional abilities Barbequing fish and meats.

This would be Denis’ last trip with us because of serious health issues and he was sadly missed on future river adventures.

Denis began his career at the Hamilton Spectator then rose through the ranks to hold the most powerful and prestigious jobs in Canadian journalism: Executive Editor at the Spectator, Executive Editor of the Montreal Gazette, Chief News Editor for CBC Television, Editor-in-Chief and Vice President of the Toronto Star. In 1981, he returned to the CBC as Head of TV sports and later, Vice-President of English television.

In the summer of 2003, Denis was diagnosed with pancreatic cancer. He died of heart failure on December 7, 2003. 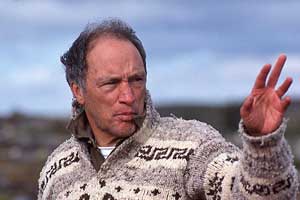 Pierre Trudeau joined the canoe team for three trips: the Hanbury-Thelon in 1979, the Stikine in 1994 and his last – the Petawawa in 1996. He was one of our best paddlers.

He came early to canoeing. As a teenager, he spent 2 summers canoeing at Camp Ahmek, an exclusive and highly regarded boys’ camp in Ontario run by the legendary paddler and outdoorsman, Taylor Statten.

Pierre Trudeau developed a passion for the outdoors and wilderness canoeing. In his early twenties he joined friends in an epic four-month voyage by canoe from Montreal, up the Ottawa and down the Abitibi and Moose rivers to James Bay.

Following his election to Parliament in Ottawa, Pierre fell in with Eric Morse and his Voyageurs, joining them in 1966 for a descent of the seldom-paddled Coppermine River to the Arctic Ocean.

Pierre’s skill with a paddle, his strength on the portage, his meticulous attention to detail, his insistence on sharing all burdens and his affable good nature around the campfire endeared him to all those who enjoyed the privilege of travelling with him. His trips with the canoe team are well documented on this website. (Paddling with Pierre) 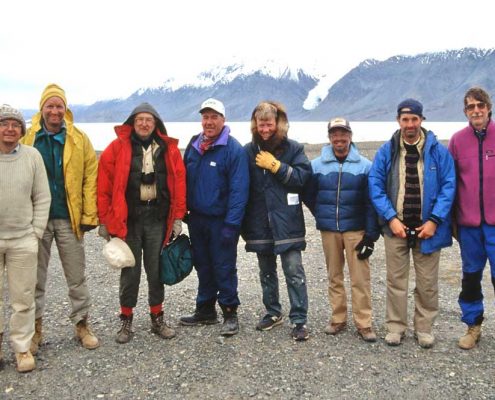 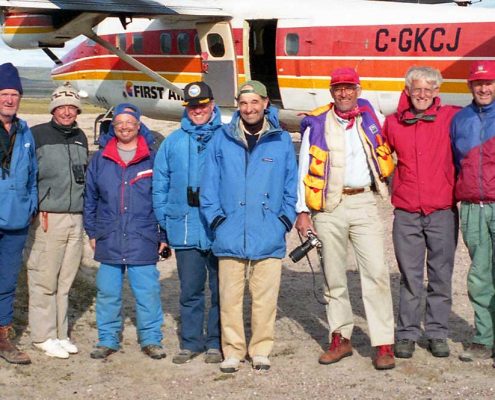 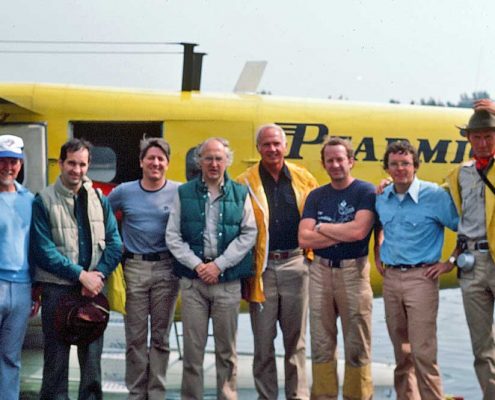 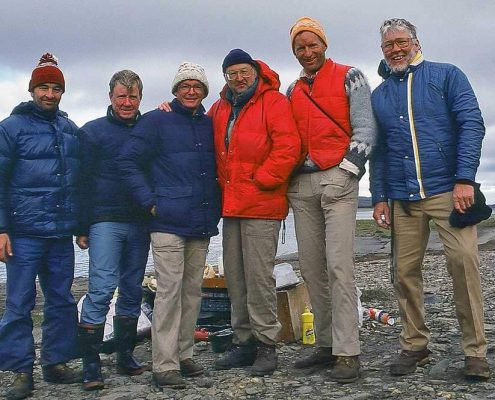 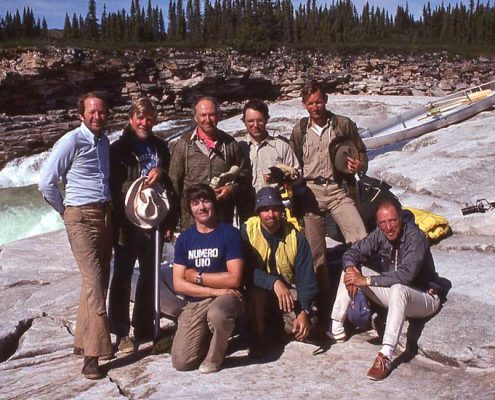