You are here: Home1 / Isortoq2 Anecdotes

On being Shanghaied into the Isortoq II Expedition 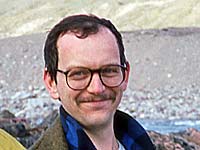 Perhaps one of the younger canoeists to have joined this the Rideau and Arctic Canoe Club in recent years, I was largely clueless to the process. Having known Peter Stollery for some years, he sold me on the adventure, and frankly, a young man needs to be able to say that he’s actually engaged in some adventures in his time, so I signed on. I was in between becoming established in a good job, and starting a family, so if I was going to ‘live on the edge,’ now seemed a good time.

As a boy scout, I had canoed the Magnetewan river, which flowed into Georgian Bay. Later, when asked what I thought of the Isortoq, I likened it to first learning to drive by getting dumped into the Indiannapolis 500. Not a lot of opportunities for mistakes.

Looking worriedly at the river we had landed next to, in the northern part of Baffin Island, I said: “Wow. Are we going into that?” My friend Peter Stollery reassured me with, “Oh, that’s nothing. It’s only the Freshney that flows into the river we’re going to be doing. The Isortoq is over there” pointing to the furious river a ways down from where we were standing.

One of the more troubling tests we had encountered on this trip was a huge whirlpool. As we pulled ashore to assess what excitement awaited us, there was a palpable sense among the crew of “Oh God, are we really going to do this?” The whirlpool below us was wider than our canoes. What would happen were one of us to be sucked in to its vortex didn’t seem to merit a lot of consideration. Further the water was near freezing. Eventually we braved our way past this monster, and joked about it as a sphincter-tightening exercise. There would be more such tests, and surely, friend Peter, the Isortoq could hardly be termed a mild river. 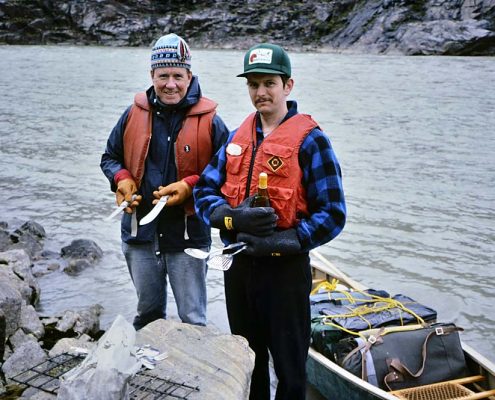 On Recruiting Joe Egerszegi for the Isortoq II Adventure 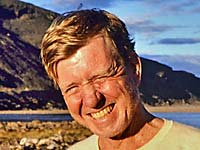 The Foxe Basin is Walrus country.

Others have described The Arctic Canoe Club’s problems that ended the first Isortoq adventure. Tim and I determined that we would finish the river the next year. But no one from the first Isortoq trip wanted to go with us for understandable reasons. The river was too dangerous. John Godfrey, a regular, had been unavailable for the first trip. Tim and I persuaded him to come but we needed a fourth.

“Have you ever been on a canoe trip”, I asked my neighbour and good friend Joe Egerszegi? “Yes. In Algonquin Park. With the Boy Scouts. It was great”. “Well”, I said. “You’re just the man we’re looking for”

And so it was that a couple of months later, four of us in two canoes put into the water on the right side of the river and made a dash for the other side. That in itself was quite terrifying because we had to avoid an obstruction near the put in. If we hit it, we would drown for sure. There was no getting out of the river at that point. The freezing water was going like sixty.

Tim has described finding all kinds of last year’s goods on the sandy beach a little bit down on the left side.

It turned into one of my most memorable trips. With only four people the dynamics of companionship change. It’s quieter, particularly as for much of the time we were nervous and being very careful. The scenery was pure grey rock, as it is on most of Baffin Island. We felt the remoteness. It was dramatic. No one would ever get here.

After some days the river calmed down and there were sand bars on one of which was the Lost Canoe. For me the most unforgettable moment was when we turned a corner and entered the lake. The water was green and still as glass. High above on a pinnacle of rock, the screech of a rough-legged hawk broke the silence, as we paddled the shore looking for a campsite. The bare rock heights surrounding the several miles of green water were quite high. It was mostly overcast but the sun glowed on the heights. We found a campsite on the right hand shore. It is hard to describe. The only life was a couple of longspurs, sparrow-like birds, flitting among the boulders That there were only four of us made the remoteness more intense. More than on any other high Arctic canoe trip we felt that we were on our own.