You are here: Home1 / Legacy

The Legacy by Craig Oliver 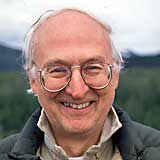 If, as I believe, life is an accretion of accidents in which the decisions we make shape our destinies during life’s journey, canoe travel down wild rivers captures the same ceaseless flow of change and challenge.

The Arctic and Rideau Canal Canoe Club was created by pure happenstance. It brought together a diverse group of self-reliant men who found a shared community of purpose in a supportive brotherhood both on the river and away from it. Although I grew up in the bush country of northern British Columbia ten minutes from the ocean and an impenetrable rain forest, I had never seen a canoe, held a fishing rod, or slept in a tent. All of that changed when I met Tim Kotcheff.

After moving across the Prairies in fits and starts, my employer at the time, the CBC, landed me in the national newsroom in Toronto where Tim and I were teamed up as co-producers. As a devoted disciple of Izaak Walton, Tim longed to escape the city for weekend tenting and fishing trips on the lakes north of the city. We were almost the same age and shared a mutual respect as guys who had needed to make our own way in the world, coming, as we both did, from the most working class of backgrounds. Joining him on these excursions, I discovered that the simplicity and honesty of life in a natural environment connected strongly with me. One could not bullshit a fish or employ artifice to negotiate a rapid. There is truthfulness to it all.

Tim and I were enthralled by the mystique of the forbidding Nahanni, replete with stories of fortunes in gold hidden somewhere up the Headless Valley, of a waterfall twice the height of Niagara and of miles of canyons so deep the sun barely hit the surface of the fast moving stream. Crazy and improbable as it was, we had to go. The lure of adventure, the chance to escape the weight of routine, took hold of us both. In those days the river was hardly travelled, if at all. Friends and wives were concerned. Had we, through some strange alchemy, lost touch with our senses?

We spent that summer taking hours of military style white-water training on the French River. There was also kit to be bought and lessons in map reading and navigation. But one year later, there we were, alone on the banks of the Nahanni, seated in a heavily loaded aluminum canoe. The trouble was that instead of making a brave start, we were clutching for dear life to branches on the riverbank. After all this we were paralyzed by fear of what fate held for us downstream. Finally, we let go into what nowadays we would consider a minor riffle.

Little could we have known that in that moment we were also launching what John Godfrey called the little band of adventurers who, over the space of a generation, would paddle a cross section of the entire topography of the Arctic from Atlantic to Pacific, most of it north of the Arctic Circle. Seven of our trips were on rivers never before travelled by anyone but indigenous people.

Only once, in 1987, did we have to abandon a trip and call in a Twin Otter. We refused to call it a ‘rescue’ flight, but the Isortoq River on Baffin Island was so hazardous it was all but unnavigable and it would have been reckless to continue after Tim and I lost our canoe. But the chance to hike to the face of the Barnes Ice Cap, the last remnant of the great ice age, almost made it worth it. At the north end of Ellesmere Island, we chased ice pans down the Ruggles until we had just about reached the ocean, which was frozen that year. Sadly for Franklin’s expedition, he did not have a helicopter to fly him out as we did.

There is a debate about whether we were in need of rescue by Inuit hunters in powered canoes on Ungava Bay. Someone, who will never be named, had lost the tide tables. We were making a snail’s progress after hours of fighting tide, waves and icy, rainy winds that were pushing our open canoes inexorably offshore. The hunters came along and asked if we needed help. They took us to George River, which was our destination, thereby ending the Koroc River trip. I sold them our canoes. Cheap, and with thanks.

We spent many weeks travelling through the Barren Lands. We paddled past and sometimes beside or behind hundreds of caribou, which crossed our path on the Burnside River during their migration. On Banks Island in the Beaufort Sea, the Thomsen River took us past herd after herd of muskoxen grazing like cattle. When we approached them they formed their protective circles, horns lowered to the ground, ready to protect their young in the middle — an effective strategy against wolves, but pathetically vulnerable to modern weapons.

Where the great Noatak River cuts through the Brooks Range in Alaska and pours into the southern limit of the Chukchi Sea, we crossed the sound to the city of Kotzebue. There, we were a mere three hundred kilometres from a red line on the map that ran down the Bering Strait between Russia and the U.S.A. Doubling as the International Date Line, it was accompanied by a warning that crossing it might risk attack by Soviet fighters.

There were reminders of the risks of High Arctic travel for the early explorers when we did the Back River in 1998. The river was named for John Franklin’s second-incommand on Franklin’s first expedition to find the North West Passage. We ended the trip at Starvation Cove, on the Adelaide Peninsula, where the skeletons of several of Franklin’s crew and their longboat were found by Inuit hunters. It is believed to be the farthest south any of that doomed crew ever reached. It was the loneliest and most desolate location I had ever experienced. Not a blade of grass, only endless rock and shale.

Pierre Trudeau was a thoughtful and congenial travelling companion on three of our river trips. As a paddler, he could make a canoe dance across a rapid. He was no navigator, however. One afternoon, after paddling through a myriad of lakes on the Hanbury, he headed off in what he determined was the right direction. Most of our colleagues slavishly followed him, even though I had the maps. Down they went for miles into a false bay. Tim and I waited while they fought rain and a chill wind in their teeth all the way back. Later someone remarked that the trouble with strong leaders is that nations will follow them, even when they are led along the wrong path.

There were endless portages. They always seem that way. And there is never too much rum, except when you are trekking across one. On the seven kilometre Hood River hike we got a break where, at the height of land, there is a very long grass-covered downhill slope. Like a group of giddy children, we turned the loaded canoes into sleighs, sat in them and pushed downhill with our paddles.

The worst portage is always on a sweltering day when you have no hand to swat the insects attacking you as you tote the boat. Returning to get another load on the Petawawa River in Ontario, I passed Trudeau. From under his canoe he murmured fiercely that there would be no press scrum at the end of trail.

The farther our group travelled north of north, the more we came to realize the degree to which our country is anchored to the pole and its regions and that if we lose track of that reality, we’ll lose ourselves. It is at the core of our nature. Awakening once in the middle of the night, on a mountainside campsite on the Hood, I walked some distance above the slumbering tents and looked up and down the length of the river sparkling in the midnight sun. Our small group was, I thought, something of the country in microcosm. Building a nation in a climate for months, sometimes as frigid as the surface of Mars, we needed all of our individual skills coming together around a common purpose to survive. Taken alone, even there on the Hood, our safe passage seemed to be at risk.

In all of those years, I was fortunate to have Tim Kotcheff as my bowman. In normal circumstances, the steersman is the ship’s captain. In our case, however, Tim had such an unerring and instinctive sense of the action and movement of fast water, through rock gardens and souse holes and eddies and ledges, that I trusted him totally. Whenever our flotilla was lined up at the head of a spot where the tension caused the heart to beat faster and the mind to focus mightily on the moment and nothing else, our canoe usually led the way with Tim standing in the bow searching for a safe passage. When he shouted dig, I dug hard.

Our specialty was the Arctic and I doubt anyone could match our travel to the region in open canoes. But the essence of it all was the love for wilderness travel, and there are hundreds of groups like ours.

The renowned American conservationist Sig Olson, who in his book “Reflections from the North Country,” summed up why we all do such things. “I know now as men accept the time clock of the wilderness, their lives become entirely different. It is one of the great compensations of primitive experience, and when one finally reaches the point where the days are governed by daylight and dark, rather than by schedules, where one eats if hungry and sleeps when tired, and becomes completely immersed in the ancient rhythms, then one begins to live”

We are all a little older now, the prow of our canoes pointed toward the setting sun. But we are still strong in spirit and share the joy of enduring companionship. After one of those days when everything that can go awry does, John Macfarlane compared us to a wartime combat team. ‘We have taken everything the enemy could throw at us and we a have not surrendered nor succumbed.’

Yet all experience is an arch wherethro’
Gleams that untravell’d world, whose margin fades
For ever and for ever when I move.
How dull it is to pause, to make an end,
To rust unburnish’d, not to shine in use!

Tho’ much is taken, much abides; and tho’
We are not now that strength which in old days
Moved earth and heaven; that which we are, we are;
One equal temper of heroic hearts,
Made weak by time and fate, but strong in will
To strive, to seek, to find, and not to yield. 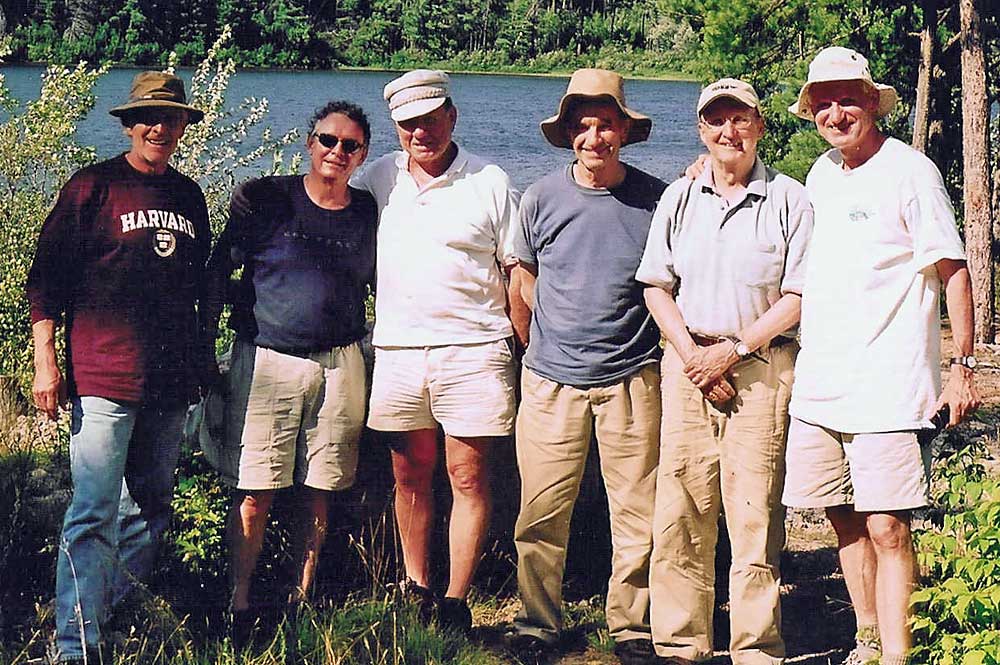