You are here: Home1 / Originals

The Originals by Allan Rock 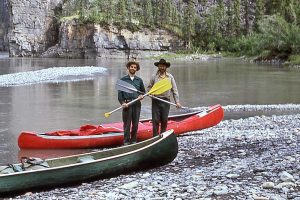 We put our canoes into the Back River at a spot almost 3,000 km from Ottawa. It took us two days of travel and many complicated logistics to get to that remote shore. But to me, that was just the point. We were truly “getting away”. Apart from the pleasure of my companions’ company, what drew me to the expedition was the promise of relative and restorative silence. After a raucous and dispiriting winter and spring in the House of Commons, I ached for the solitude of a rarely traveled northern river. 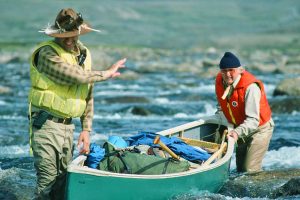 What I hadn’t factored into that fantasy was the effect of allowing Craig Oliver and Tim Kotcheff to share a canoe. Any thought of tranquil reflection “receded like the mist before the morning sun”, as Craig and Tim engaged in their non-stop banter.

Loud and spirited, their boisterous exchanges were laced with language that was even worse than I’d heard in Parliament. When the Back was wide and calm, their voices would carry forever. When it was narrow and rough, they hollered even louder. 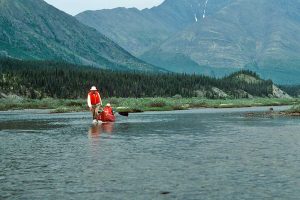 I thought I’d resent the intrusion. But I quickly realized that I was just part of a privileged audience for a remarkable performance. These two veterans of the summer canoe excursions had perfected their trademark routine and turned it into an elaborate form of theatre: feigned gruffness, mock anger and over-the-top outrage at real or imagined provocations. They acted out their parts brilliantly, producing hilarious exchanges that kept the rest of us in stitches. At the very end, when we dragged the canoes from the water, I began to realize how very much I would miss their pretend quarrels, and how their noisy but brilliant scenes had provided the very distraction and escape I had so very much hoped to find.

The Originals by Peter Stollery 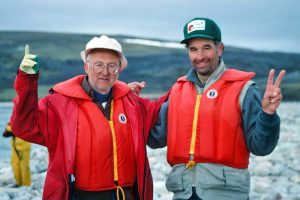 From the Noatak that flows into the Kotzebue Sound, to rivers that ran from Baffin Island into the Foxe Basin and from Ellesmere Island into the Robeson Channel between Canada and Greenland, as well as several that ended at the Arctic coast of Canada, I watched Kotcheff and Oliver make their way through hundreds of unmapped rapids and along thousands of miles of ice cold water, in at least two cases pulling their canoe over ice that never melted. They never lost their nerve. Their strength was that each had total confidence in the other.

Tim was the bowman and picked the route through the rapid and yelled instructions back to Craig in the stern. We would never be described as quiet people. And what with the noise of the water in the rapid, lots of yelling was part of the deal. 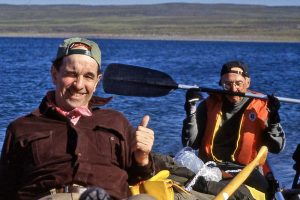 Very often, at the entrance of a rapid, Tim would stand up to get the correct line and then sit down and paddle hard. For the power in the canoe comes from the bowman. Craig always followed Tim’s direction.

Over those years, Craig became progressively blind. I remember well the day he was diagnosed with glaucoma. We were having a few drinks and neither of us knew anything about glaucoma or that it was incurable. Craig loved to read which made the whole thing even sadder. As Craig could see less and less he became more dependant on Tim’s yelled instructions. Nevertheless, they would often be the first through a rapid; their paddles raised in victory.

The OK Canoe – Over The Years 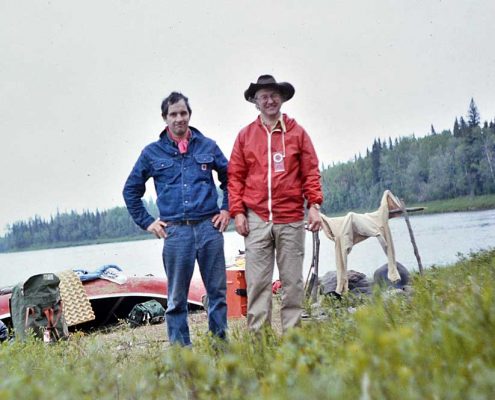 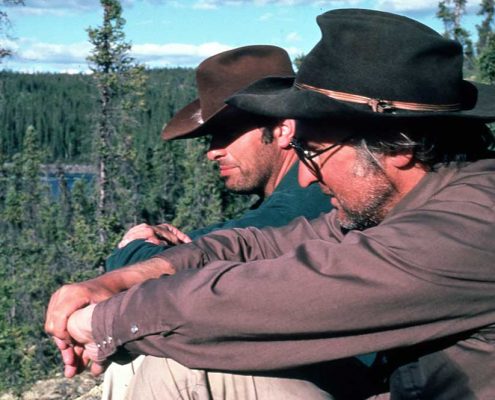 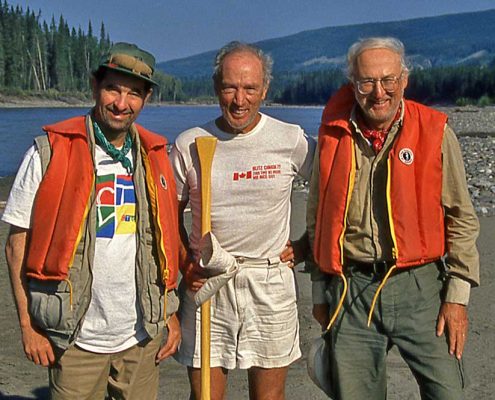 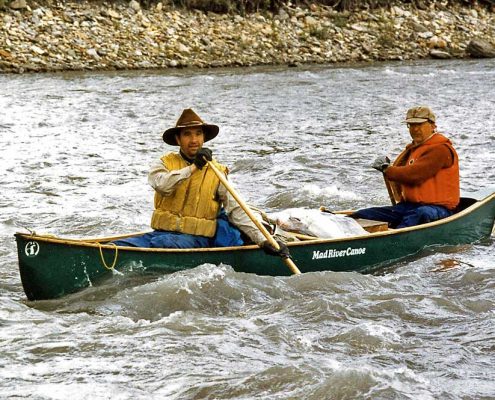 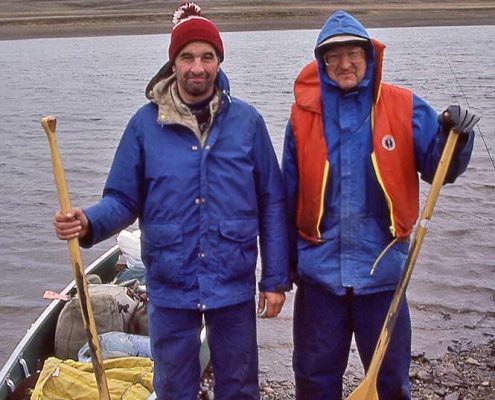 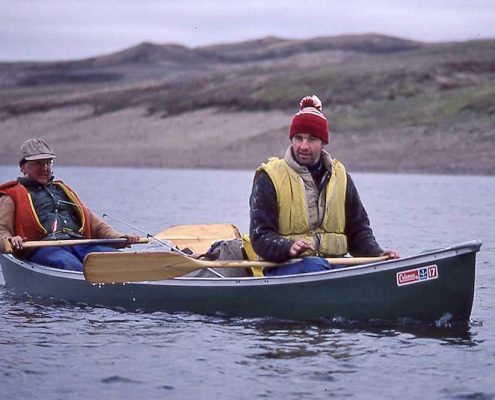 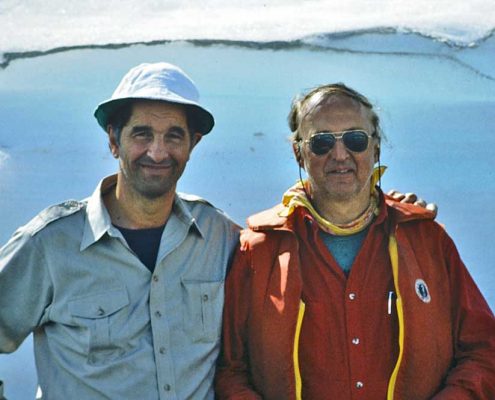 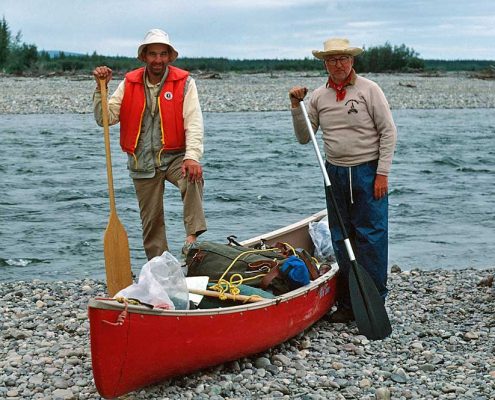 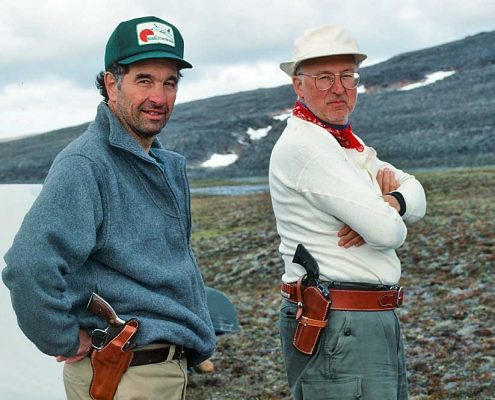 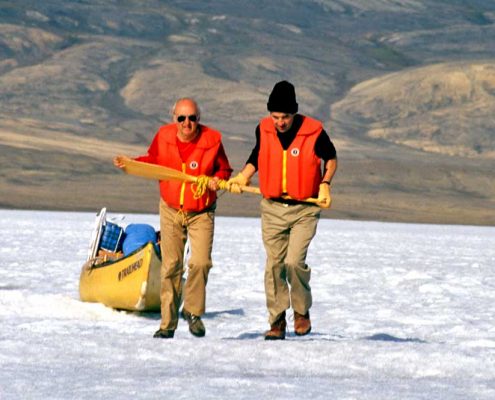