You are here: Home1 / Sourdoughs

Robert Service . . . and Us by Bob Fowler 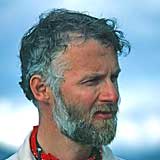 Often on these trips, a dog-eared copy of Service’s complete works would be dug from a canoe-pack as the crew gathered around a camp fire or drifted, in the evening, down a meandering river. The treasured volume would be passed around, and everyone would take a crack at declaiming those bombastic, mawkish and delightful verses. The universal favourite was “The Law of the Yukon,” as we were all too aware of our status as “the foolish and feeble – the misfits (and) failures; (the) dissolute, damned and despairful.”

Eddie reciting Law of the Yukon at Happy hour

Indeed it was our “Boys Own” vision which had signed us on as we sought to find and renew, among kindred spirits, our Canadian souls, tarnished by the day-to-day struggles and vicissitudes of our southern existence.

It was that dream, that craving which informed so much of the pleasure, romance and adventure of our trips, where there was little room for posture and pretense as we convinced ourselves that we were – almost, almost – “boldly going where no man has gone before.” And, at the end of the day, we were well aware that we were enjoying an experience all but unique to southern Canadians, while prevailing, sometimes against considerable odds.

Wild and wide are my borders, stern as death is my sway;
From my ruthless throne I have ruled alone for a million years and a day;
Hugging my mighty treasure, waiting for man to come,
Till he swept like a turbid torrent, and after him swept – the scum.
The pallid pimp of the dead-line, the enervate of the pen,
One by one I weeded them out, for all that I sought was – Men.
One by one I dismayed them, frighting them sore with my glooms;
One by one I betrayed them unto my manifold dooms.
Drowned them like rats in my rivers, starved them like curs on my plains,
Rotted the flesh that was left them, poisoned the blood in their veins;
Burst with my winter upon them, searing forever their sight,
Lashed them with fungus-white faces, whimpering wild in the night;

We wannabe sourdoughs loved to fantasize that these trips gave us a privileged insight into the Service canon, or, indeed, that, at a considerable stretch, “The Bard of the Yukon” could, in fact, have been writing about us. We knew full well that our experiences across the North were a far cry from the travails at ‘the marge of lake Labarge’ of fifty below, but over three decades that band of brothers contributed its full share of strange sights below those northern lights, and Service’s lyrical vision and lilting, Kiplingesque rhymes, passions and rhythms added greatly to our enjoyment of the Arctic experience.

The Call of the Wild

Have you gazed on naked grandeur where there’s nothing else to gaze on,
Set pieces and drop-curtain scenes galore,
Big mountains heaved to heaven, which the blinding sunsets blazon,
Black canyons where the rapids rip and roar?
Have you swept the visioned valley
with the green stream streaking through it,
Searched the Vastness for a something you have lost?
Have you strung your soul to silence? Then for God’s sake go and do it;
Hear the challenge, learn the lesson, pay the cost.

Men of the High North

Men of the High North, you who have known it;
You in whose hearts its splendors have abode;
Can you renounce it, can you disown it?
Can you forget it, its glory and its goad?
Where is the hardship, where is the pain of it?
Lost in the limbo of things you’ve forgot;
Only remain the guerdon and gain of it;
Zest of the foray, and God, how you fought!
You who have made good, you foreign faring;
You money magic to far lands has whirled;
Can you forget those days of vast daring,
There with your soul on the Top o’ the World?

The Heart of the Sourdough

There where the mighty mountains bare their fangs unto the moon,
There where the sullen sun-dogs glare in the snow-bright, bitter noon,
And the glacier-glutted streams sweep down at the clarion call of June.
– – – – –
There where the rapids churn and roar, and the ice-floes bellowing run;
Where the tortured, twisted rivers of blood rush to the setting sun –
I’ve packed my kit and I’m going, boys, ere another day is done.
– – – – –
I’m sick to death of your well-groomed gods, your make believe and your show;
I long for a whiff of bacon and beans, a snug shakedown in the snow;
A trail to break, and a life at stake, and another bout with the foe. 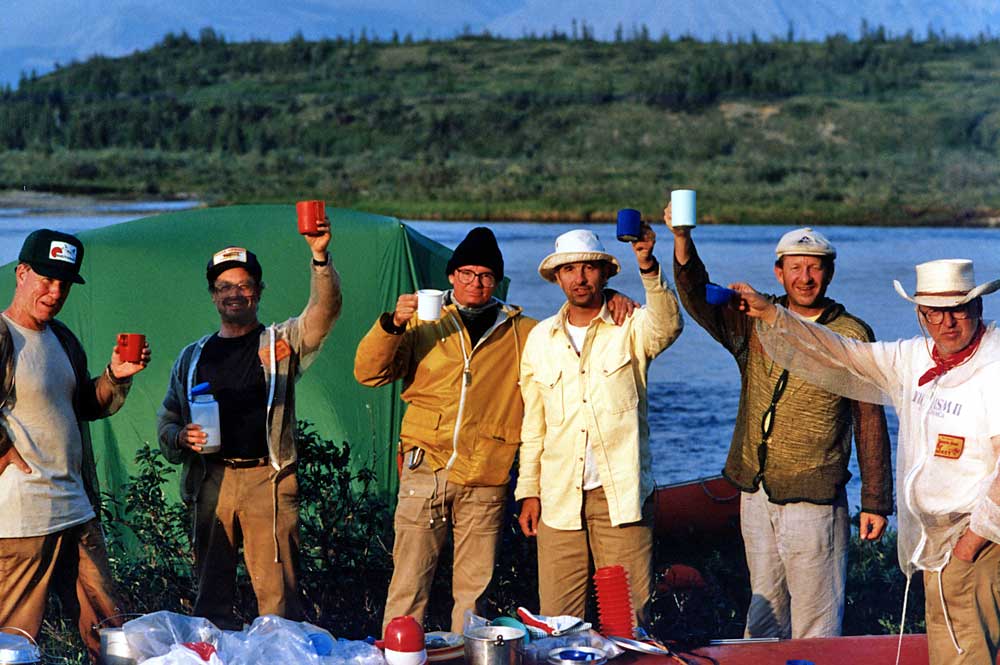