You are here: Home1 / Koroc Fog

Fog on the Koroc by Ted Johnson 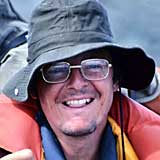 By 1982 our river-selecting skills were well honed. Around about February, Peter and I would trot off to the Parliamentary Library, pull down one of the largest of its atlases, and scour the map of Arctic Canada for a candidate. Peter was promoting the eastern Arctic “for a change.” We came up with a blue line meandering west from the seldom-visited Torngat Mountains on the Quebec-Labrador border to Ungava Bay. A visit to the National Air Photo Library suggested it might be paddleable. 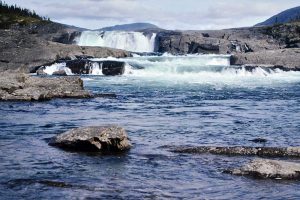 Indeed, the Koroc valley is a pleasure to paddle, even when you’re crammed in three to a canoe and fully loaded, for reasons David has just explained. Unspoiled virgin forest creeps up mountainsides rounded by ice-age glaciers. Once in a while a waterfall tumbles off a jagged cliff-face. Good moss-covered tent sites are abundant. Runnable grade II and III rapids add spice, and Koroluktok Falls involves a short portage, a spectacular campsite and excellent char fishing. We were surprised to see fish actually attempting to jump the falls. Labrador and eastern Quebec are notorious for bugs, but dry weather and fresh breezes kept them down, with the exception of one sun-baked windless evening when mosquitoes tormented us until we donned bug jackets, something we almost never had to do in thirty years of paddling.

The air suddenly turned cool and damp, and sea-birds began to appear as we reached the salt water of Ungava Bay with two days to go. In retrospect, it is astonishing to think what an easy time we had of it. We might have encountered heavy seas and been winded-in for days. But the canoeing gods smiled and we experienced smooth water most of the way to the Inuit settlement of George River (Kangiqsualujuaq in Inuktitut) some 60 kilometres to the southwest. 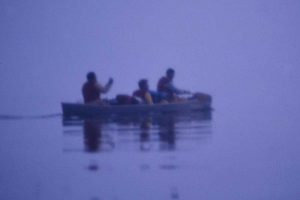 Our greatest enemy was fog. It forced us to stick close to shore. But at one point, to avoid following the shoreline for 16 km around the perimeter of a bay, we chose to cut across its mouth, from headland to headland, completely out of sight of land in a pea-souper. Our compass course was 210 degrees ‘true.’ But the local magnetic variation was 40 degrees. As we headed out into the gloom, a heated debate broke out among the navigators whether we should add or subtract the variation. Shouts and insults between canoes faded into the fog. Someone helpfully pointed out that if we got it wrong, we’d be heading out into Ungava Bay never to be heard of again. 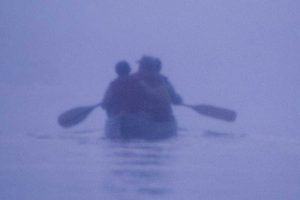 Is this the right direction?

The Navigation Committee agreed to add the variation. The others crossed their fingers. We chose to steer for an imaginary point about a kilometre to the left of where we thought the invisible headland might be. Given our speed we figured it would take about 25 minutes to reach that far shore. Thirty minutes came and went. No sight of land. Recriminations began to flow. Then suddenly, after 33 minutes, we were grounding on the foreshore tidal flats with a rocky beach barely visible 20 metres ahead. Out came the Gammel Dansk! 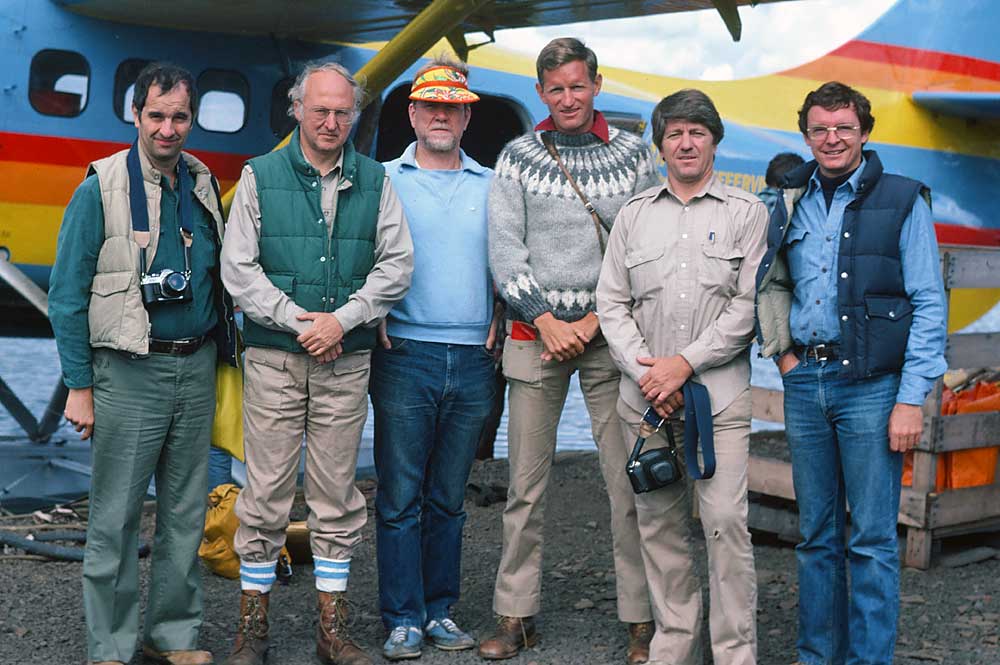 Back to Koroc River Page 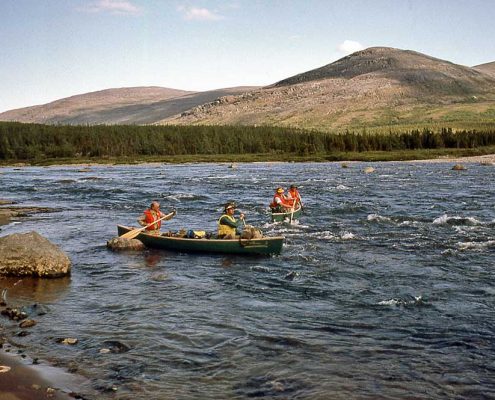 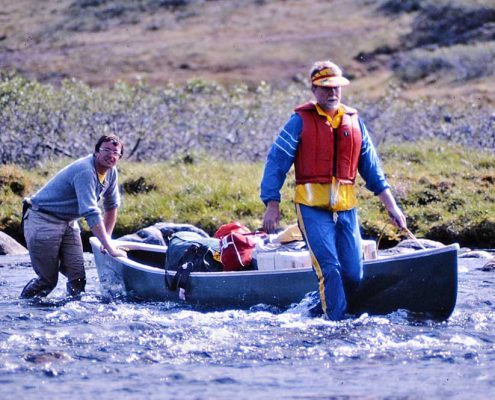 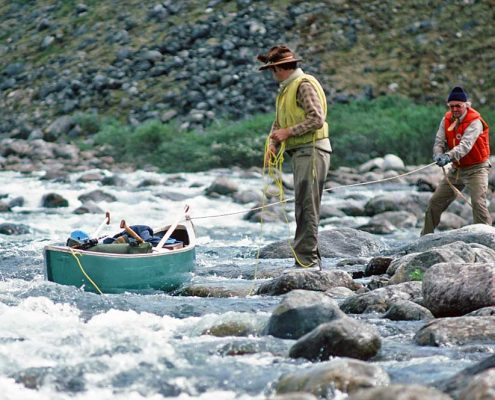 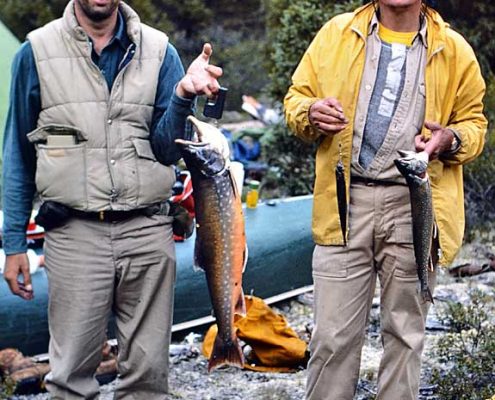 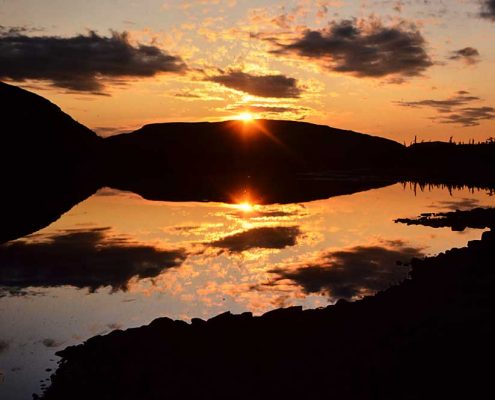 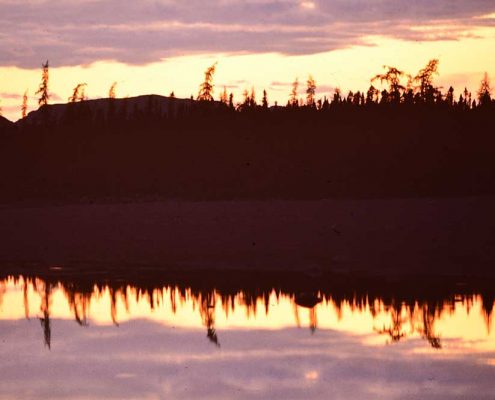 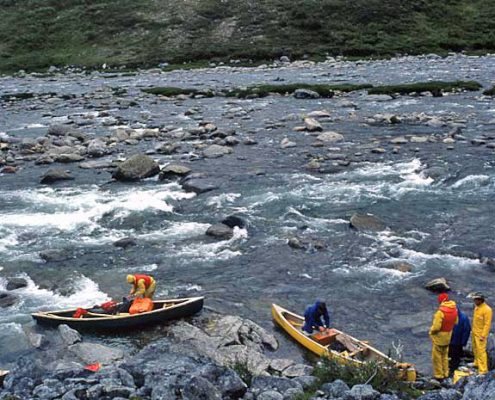 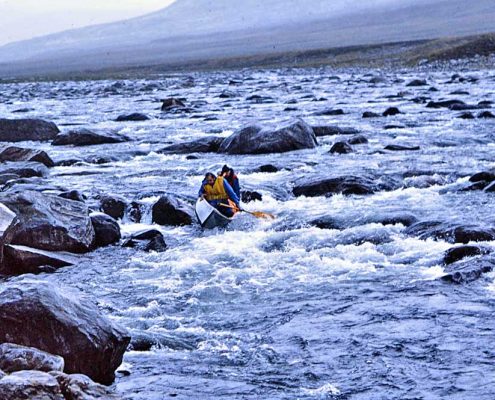 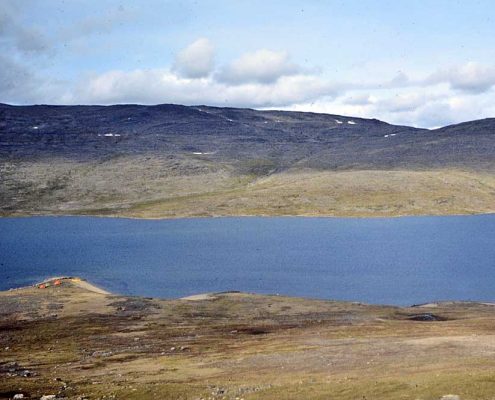 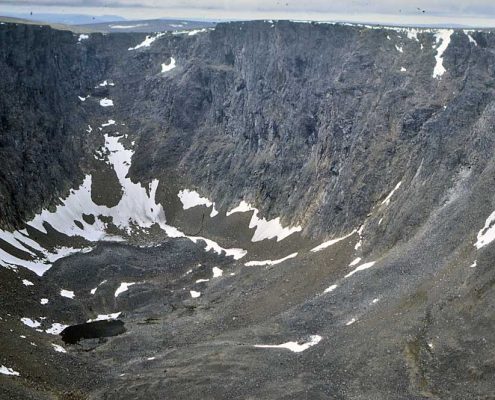 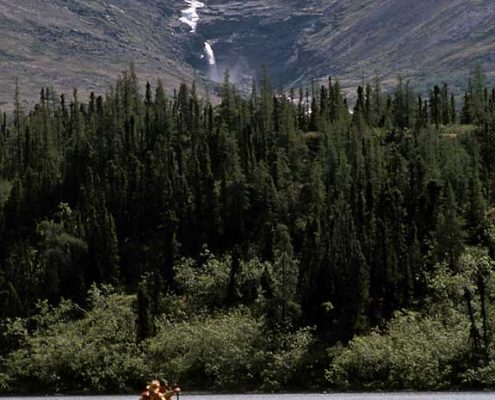 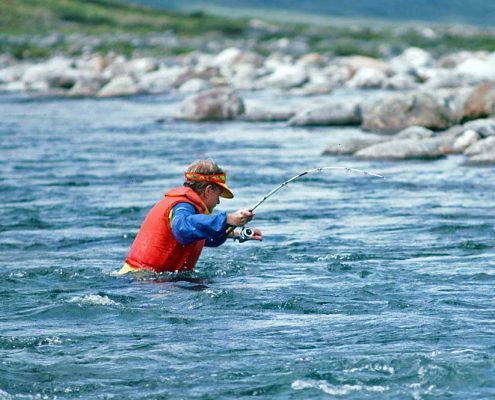 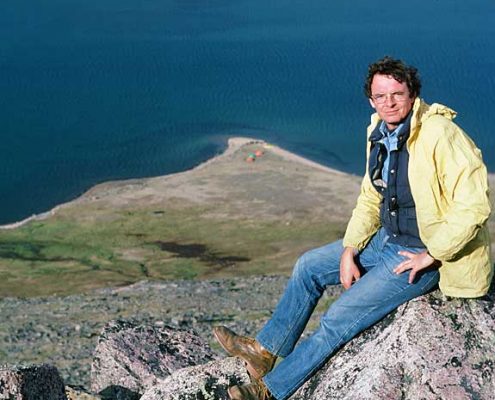 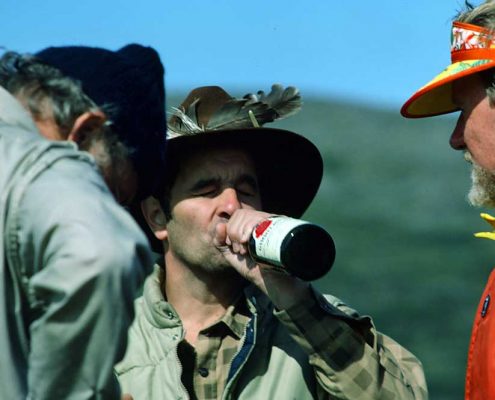 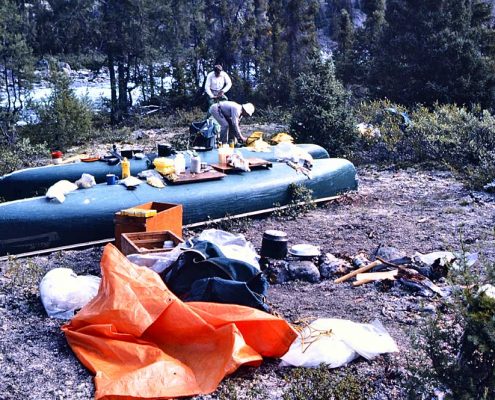 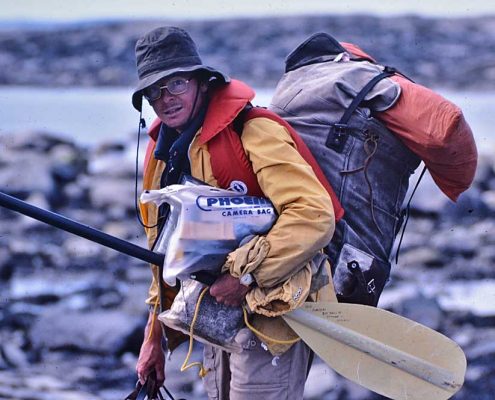 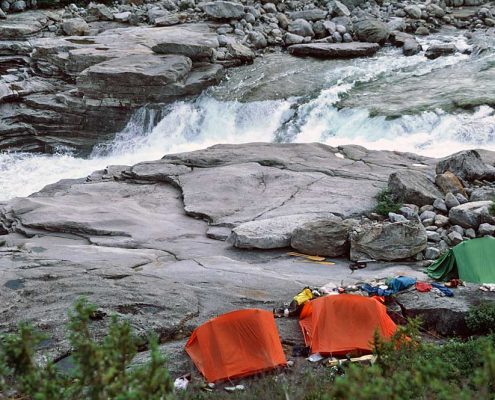 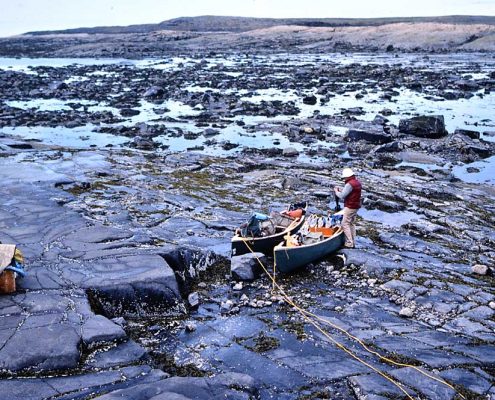 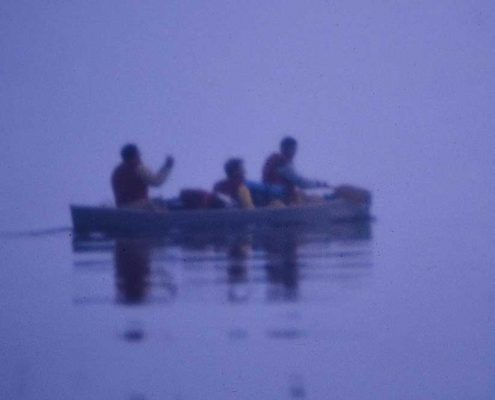 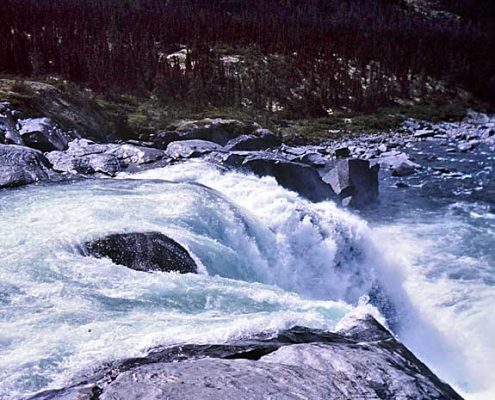 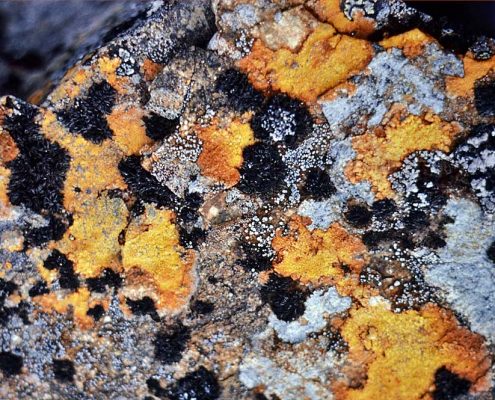 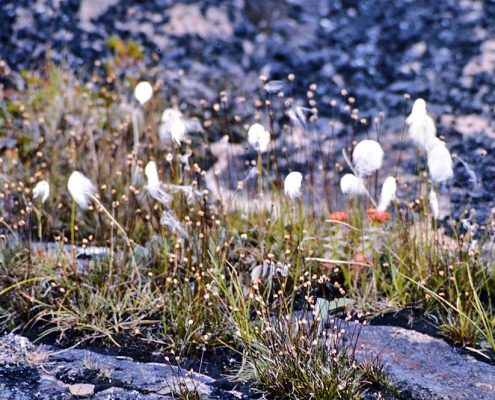 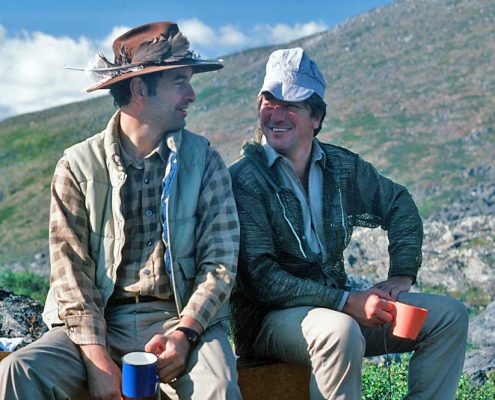