You are here: Home1 / Stikine

This was our second canoe trip with Pierre Trudeau since he joined us on the Hanbury Thelon Rivers in 1979. 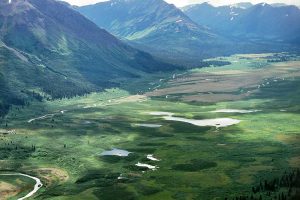 The 600 kilometre long Stikine River has its beginnings in Tuaton Lake in the Spatsizi Plateau region and we made that the starting point of our trip. From there this fast-flowing river makes a wide arc as it circles to the east and north of the Spatsizi Plateau before heading southwest into the Pacific Ocean near Wrangell, Alaska.

Our takeout point would be a couple of hundred kilometres downstream at the Stewart Cassiar highway overpass and a fair distance above the impassable Stikine Grand Canyon located further downstream.

While we did encounter some difficult rapids along the way, including the turbulent water at Beggarly Canyon, the river, for the most part, was quite canoeable with few portages. The scenery along the river can only be described as breathtaking – spectacular snow covered mountains, plenty of wildlife including Bears, Dall Sheep, Wolves, Moose, and Caribou, good fishing and attractive campsites. 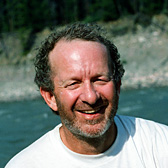 A River “Down South” by John Gow

Craig called in early in ’94 to tell me that the wise men had met and chosen the Stikine as that year’s river, and adding, “Since you are in B.C., would you mind organizing access from Terrace to the river, canoes and flights?” No worries there, other than I was in Victoria, the southernmost point in British Columbia, and the Stikine was far to the north, I knew little about it, and had no contacts in the area. More 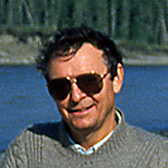 On the Stikine with Pierre by Ted Johnson

Our group was generally cautious and we stopped to inspect most rapids from shore before running them. Early in the trip, on a day when it was Pierre’s turn in the stern, he and I were caught on the “wrong” side of the river….the better route through the whitewater was on the opposite side of the river. More 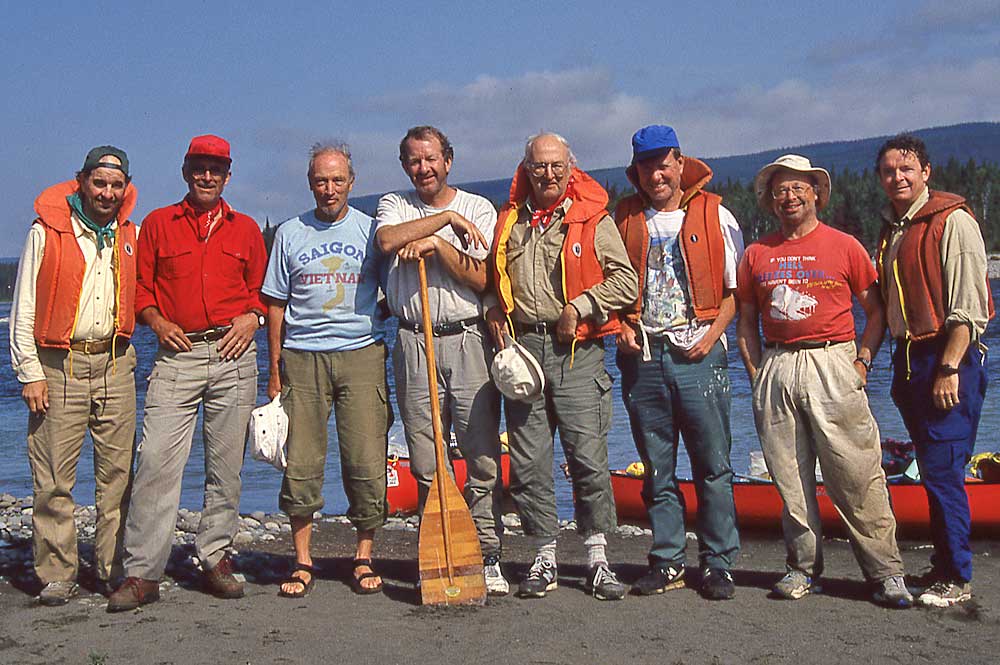 PET Made My Day

In 1994, when Craig and I canoed with Pierre Trudeau on the Stikine River in British Columbia, I recall running a very dangerous rapid.

Craig and I bucked five-foot standing waves, ran clumsily into a rocky outcropping, before threading a precipitous gap through a cliff wall into roiling water. Not a pretty manoeuvre on our part. After all parties, including Pierre, had negotiated these rapids safely using a smarter route, we were easy targets for criticism. Amidst the post-run heckling, Pierre gently reminded everyone that Craig and I had gone first, acknowledging that a lead canoe navigating a rapid faces the most danger and those that follow are then "schooled" on the correct route and strategy to employ. Pierre's comment put an end to the harping and I felt good for the rest of the day. 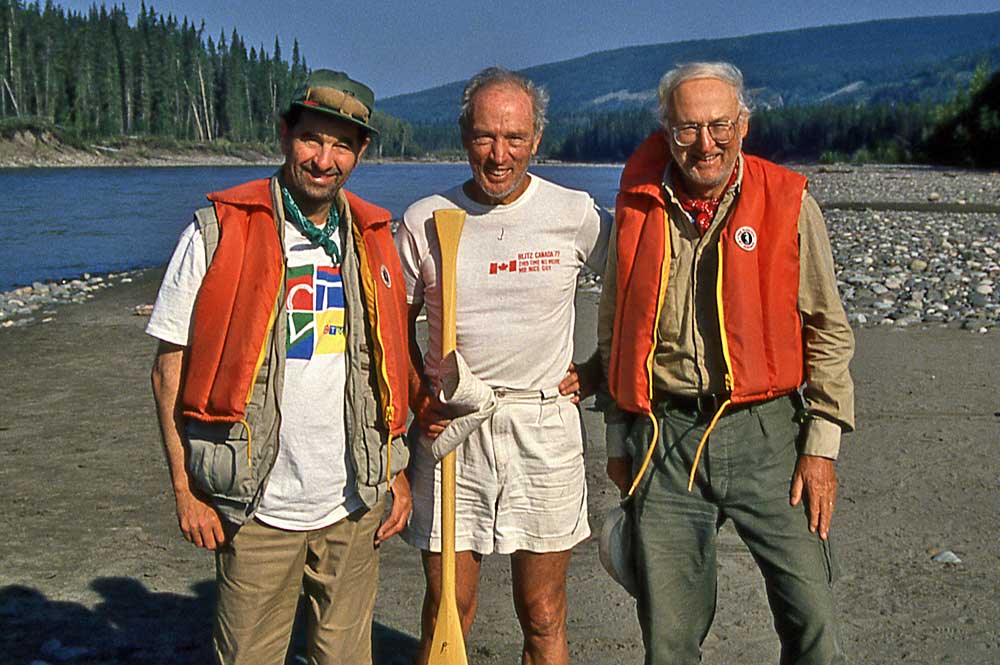 After the Hanbury, Pierre Trudeau came with us again on the Stikine in northern BC. By then no one was going anywhere without the lawn chairs.

But they were getting harder and harder to find. They had to be aluminum; cheap aluminum garden chairs. That year the only ones I could find were rockers and Trudeau didn't know how accustomed we had become to having chairs. I bought the rockers. There was nothing else. He was quite adamant that he didn't want anyone taking a picture of him in a rocking chair. Once we set up camp, and he tried his, you couldn't get him out of it. Just like the rest of us. 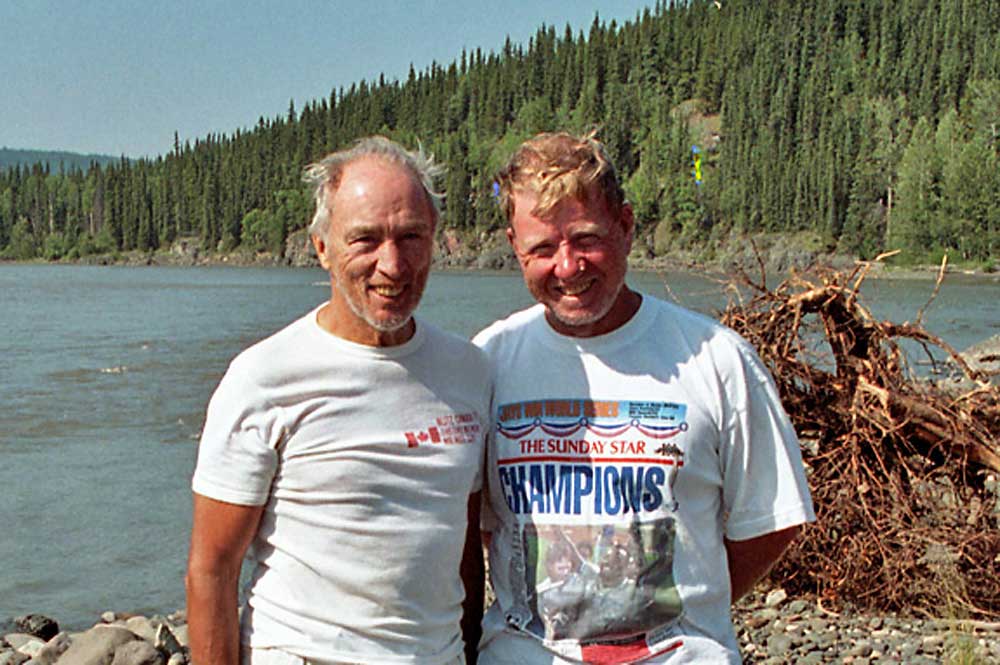 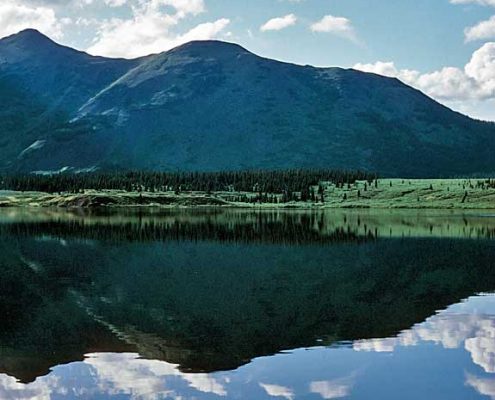 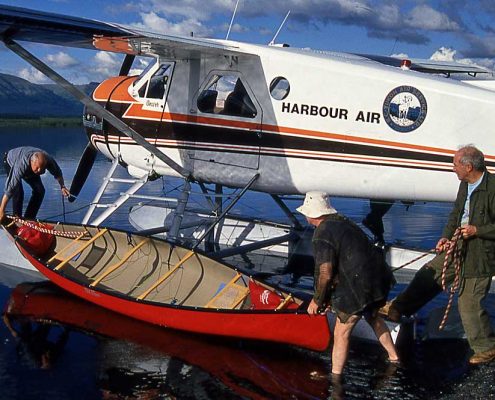 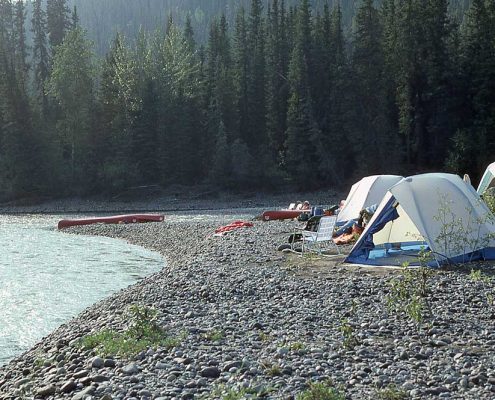 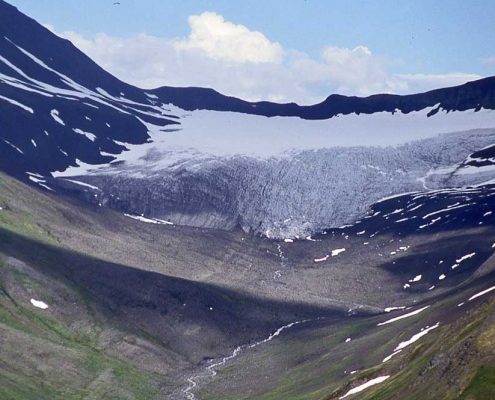 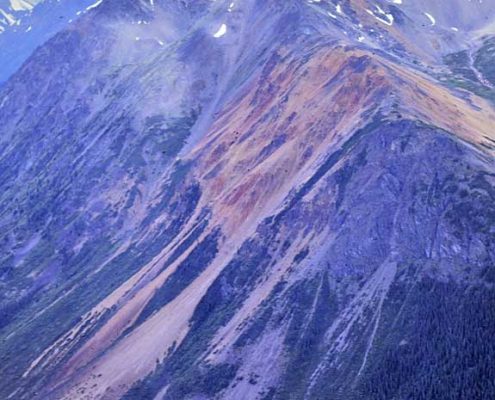 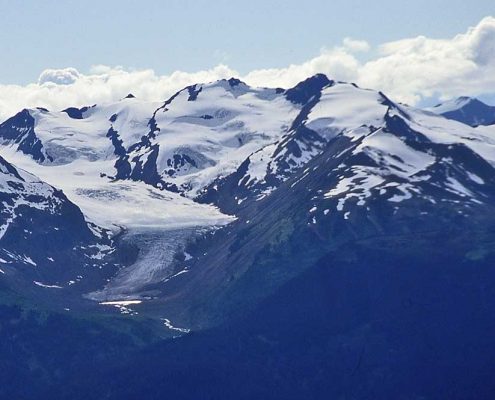 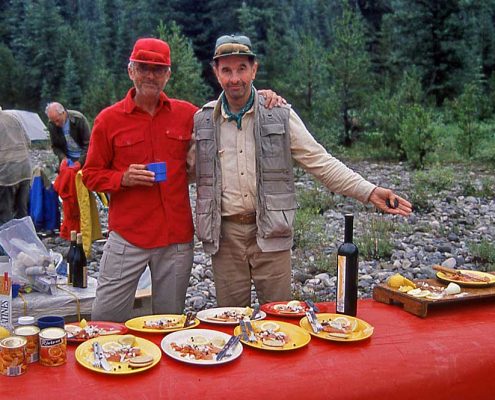 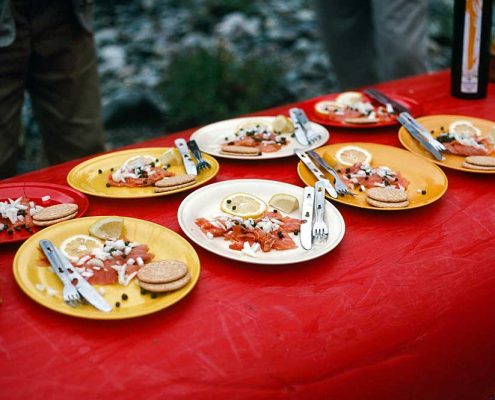 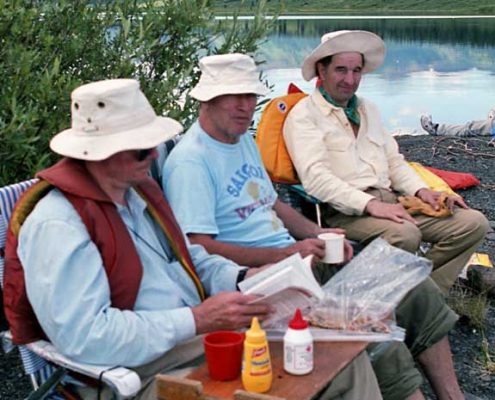 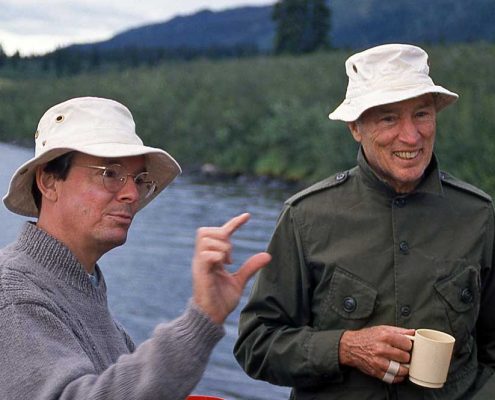 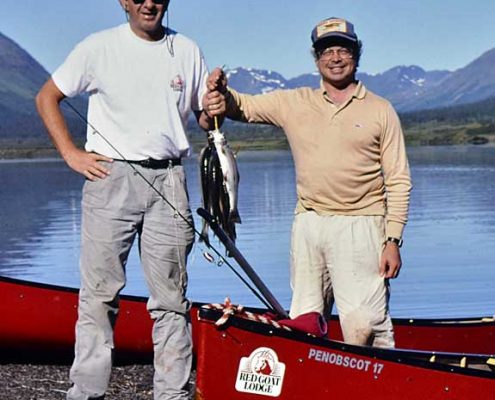 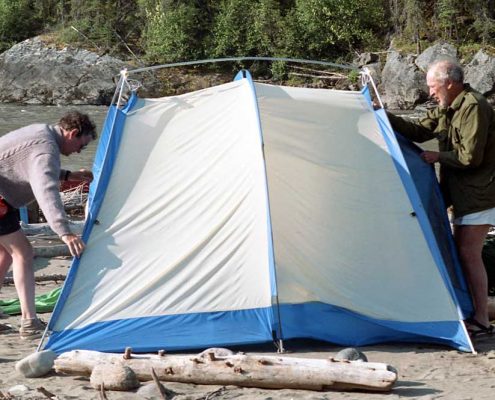 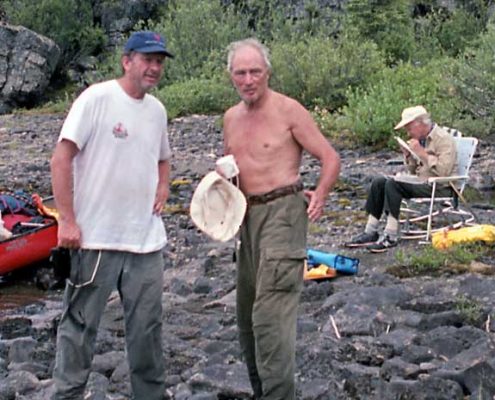 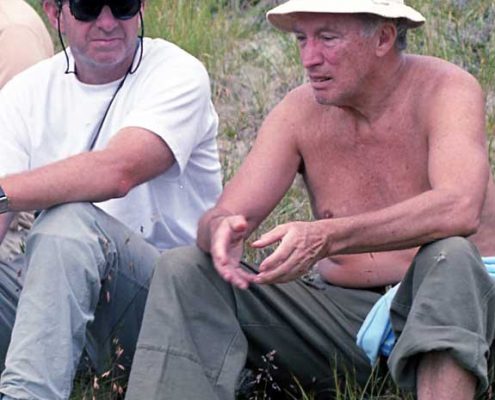 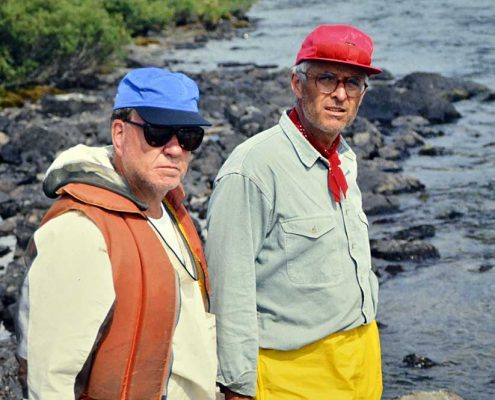 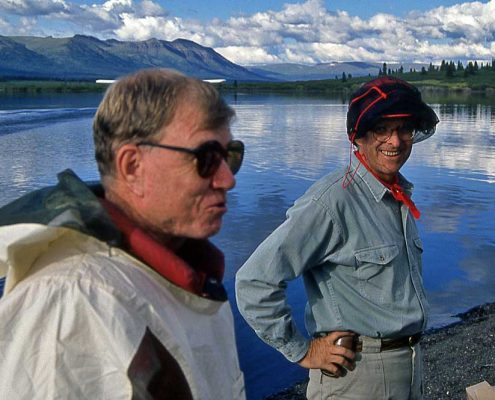 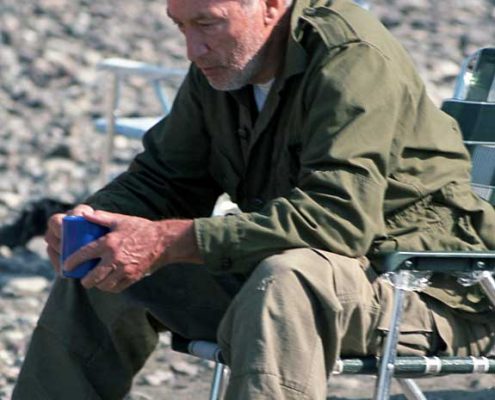 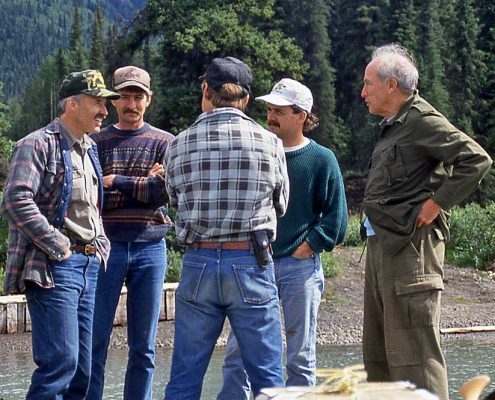 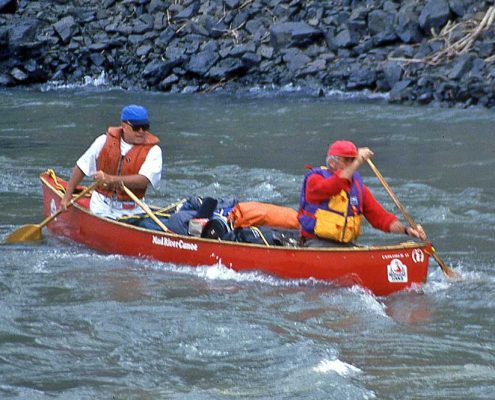 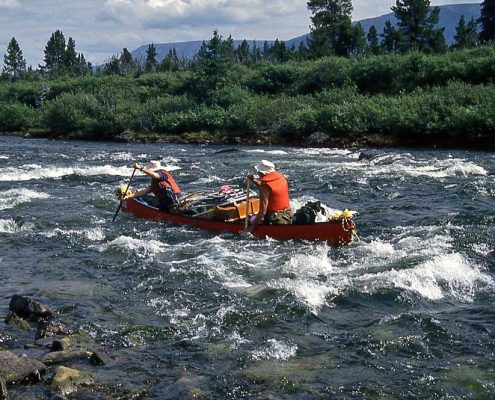 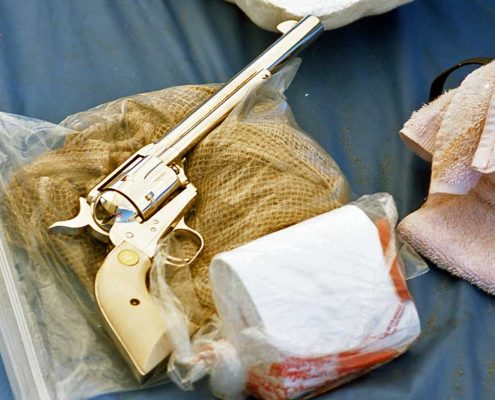 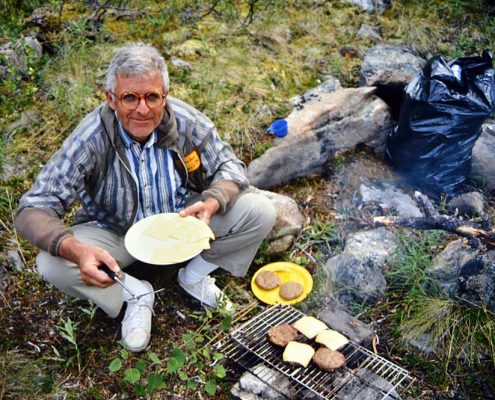 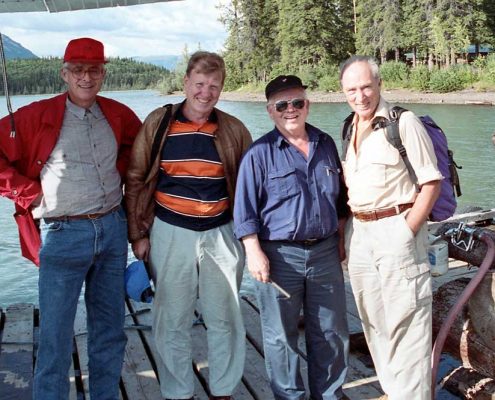