Law of the Yukon

You are here: Home1 / Law of the Yukon

The Law of the Yukon 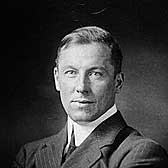 Robert William Service was a British-Canadian poet and writer who has often been called “the Bard of the Yukon”. He is best known for his poems, The Shooting of Dan McGrew, The Cremation of Sam McGee, and The Law of the Yukon, from his first book, Songs of a Sourdough. 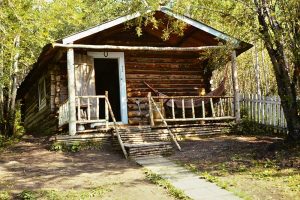 Born on January 16, 1874 in Preston, England, he emigrated to Canada in 1894. While working for the Canadian Bank of Commerce in Victoria, B.C., he was transferred to Whitehorse where he lived for 8 years and met veterans of the Gold Rush, now ten years in the past, who loved to reminisce. It was their stories that Service captured in his beloved poetry. He’d later write those years in Whitehorse were the happiest of his life.

In 1908, he left his job at the bank and moved to Dawson City, where he found a struggling town. There he rented a small two-room cabin on Eighth Avenue and began his career as a full-time author. He continued to write about his northern adventures until his departure from Dawson, and the Yukon, in 1912. He died in France in 1958.

This is the law of the Yukon, and ever she makes it plain:
Send not your foolish and feeble; send me your strong and your sane;
Strong for the red rage of battle; sane, for I harry them sore;
Send me men girt for the combat, men who are grit to the core;
Swift as the panther in triumph, fierce as the bear in defeat,
Sired of bulldog parent, steeled in the furnace heat.
Send me the best of your breeding, lend me your chosen ones;
Them will I take to my bosom, them will I call my sons;
Them will I gild with my treasure, them will I glut with my meat;
But the others—the misfits, the failures—I trample under my feet;
Dissolute, damned and despairful, crippled and palsied and slain,
Ye would send me the spawn of your gutters—Go! take back your spawn again.

Wild and wide are my borders, stern as death is my sway;
From my ruthless throne I have ruled alone for a million years and a day;
Hugging my mighty treasure, waiting for man to come:
Till he swept like a turbid torrent, and after him swept—the scum,
The pallid pimp of the dead line, the enervate of the pen,
One by one I weeded them out, for all that I sought was—Men.
One by one I dismayed them, frightened them sore with my glooms;
One by one I betrayed them unto my manifold dooms;
Drowned them like rats in my rivers, starved them like curs on my plains,
Rotted the flesh that was left them, poisoned the blood in their veins;
Burst with my winter upon them, searing for ever their sight,
Lashed them with fungus-white faces, whimpering wild in the night;

Staggering wild in the storm-whirl, stumbling mad through the snow,
Frozen stiff in the ice-pack, brittle and bent like a bow;
Featureless, formless, forsaken, scented by wolves in their flight,
Left for the wind to make music through ribs that are glittering white;
Gnawing the black crust of failure, searching the pit of despair,
Crooking the toe in the trigger, trying to patter a prayer;
Going outside with an escort, raving with lips all afoam;
Writing a cheque for a million, drivelling feebly of home;
Lost like a louse in the burning … or else in the tented town
Seeking a drunkard’s solace, sinking and sinking down;
Steeped in the slime at the bottom, dead to a decent world,
Lost ’mid the human flotsam, far on the frontier hurled;
In the camp at the bend of the river, with its dozen saloons aglare,
Its gambling dens a-riot, its gramophones all ablare;
Crimped with the crimes of a city, sin-ridden and bridled with lies
In the hush of my mountained vastness, so natheless I suffer them thrive,
Crushing my Weak in their clutches, that only my Strong may survive.

But the others, the men of my mettle, the men who would ’stablish my fame,
Unto its ultimate issue, winning me honour, not shame;
Searching my uttermost valleys, fighting each step as they go,
Shooting the wrath of my rapids, scaling my ramparts of snow;
Ripping the guts of my mountains, looting the beds of my creeks,
Them will I take to my bosom, and speak as a mother speaks.
I am the land that listens, I am the land that broods;
Steeped in eternal beauty, crystalline waters and woods.
Long have I waited lonely, shunned as a thing accurst,
Monstrous, moody, pathetic, the last of the lands and the first;
Visioning camp-fires at twilight, sad with a longing forlorn,
Feeling my womb o’er-pregnant with the seethe of cities unborn.
Wild and wide are my borders, stern as death is my sway,
And I wait for the men who will win me—and I will not be won in a day;
And I will not be won by weaklings, subtle, suave, and mild,
But by men with the hearts of vikings, and the simple faith of a child;
Desperate, strong and resistless, unthrottled by fear or defeat,
Them will I gild with my treasure, them will I glut with my meat.

Lofty I stand from each sister land, patient and wearily wise,
With the weight of a world of sadness in my quiet, passionless eyes;
Dreaming alone of a people, dreaming alone of a day,
When men shall not rape my riches, and curse me and go away;
Making a bawd of my bounty, fouling the hand that gave—
Till I rise in my wrath and I sweep on their path and I stamp them into a grave.
Dreaming of men who will bless me, of women esteeming me good,
Of children born in my borders, of radiant motherhood,
Of cities leaping to stature, of fame like a flag unfurled,
As I pour the tide of my riches in the eager lap of the world.’

This is the Law of the Yukon, that only the Strong shall thrive;
That surely the Weak shall perish, and only the Fit survive.
Dissolute, damned and despairful, crippled and palsied and slain,
This is the Will of the Yukon—Lo! how she makes it plain!